January 21, 2021
My 10 year old has been helping me teach her little sisters about dinosaurs this year, since it's one of her favorite topics. She asked me to buy some extra salt and flour this week so she could teach the little girls how to make salt dough dinosaur fossils. My preschoolers had a blast playing with the dough and making dinosaur prints and my older daughter had fun teaching them all about fossils. It was the perfect way for big sister to review everything she's learned about fossils while doing a fun hands on activity with the younger girls. How to Make Salt Dough: Before you can make fossils, you need to make your salt dough. It's a very simple recipe- just flour, salt, and water. We used 2 cups of flour, 1 cup of salt, and a little over a cup of water.  Start by mixing the flour and salt in a large bowl. Then slowly add cool water until a thick dough forms. Knead it a few times with your hands, and that's it. Salt Dough Fossils: To make dinosaur fossils with your salt
Post a Comment
Read more
Recent posts

Learning About Russia- Activities and Resources

December 08, 2020
My girls and I love doing holiday crafts, but it can be difficult to find crafts that are simple enough for my preschooler to do but still fun for my older daughter. I thought I would share a couple we tried this year that ended up being fun for all of us. Footprint Reindeer   I absolutely love how cute these footprint reindeer turn out and they are simple enough that even very young children can successfully make them. For this craft you will need: -White paper -Brown watercolors or tempra paint -Googly eyes or small white circles cut from paper. I used a dime to trace circles on white paper, put black dots in the center, and then cut them out for our reindeer eyes. -Red pompoms or small red circles cut from paper. -A black or brown marker  Start by painting one of your child's feet with the brown paint, then make a footprint in the center of a white piece of paper. Set it aside to dry. Once your footprint is dry, have your child glue on eyes near the toe end of the footprint. Add
Post a Comment
Read more

Review of the Family Math Package from A+ Interactive Math Online

November 30, 2020
We were recently given the opportunity to try and review the Family Math Package from A+ Interactive Math Online . We were given free access in exchange for an honest review. No other compensation was received.  The family math package is a complete online math curriculum that includes video lessons, worksheets, exams, and automatic grading. You can have up to 10 students per family package, and it includes access to complete curriculum for grades 1 through 6 plus pre-algebra and algebra. We used the grade 4 level for my 9 year old. This level includes lessons on multi digit addition and subtraction, single and multi digit multiplication and division, decimals, fractions, number lines, time, money, geometry, and more. The program is very user friendly and is set up for kids to be able to complete lessons fairly independently. Each lesson consists of a short video lesson, followed by a few interactive questions and answers, and then a worksheet. After all the lessons on a given topic th
Post a Comment
Read more

Learning About Greece: Activities and Resources

November 09, 2020
We spent the last several weeks learning all about Greece. We located Greece on our big world map, colored Greece in our world geography coloring books, took a virtual tour of the Parthenon, made a Greek meal, did a Greek pottery craft, and learned about the Greek constellations. Keep reading for activity ideas and lots of links to resources for studying Greece in your homeschool. Basic Information:  Greece is a country in south eastern Europe. It shares land borders with Albania, North Macedonia, Bulgaria, and Turkey. It's southern region is boarderd by the Aegean, Ionian, Cretan, and Mediterranean Seas. The mainland is mostly mountainous. It is also comprised of several island chains. Greece has hot dry summers and wet winters. Capital- Athens Population- 10,500,000  Size- 50,942 sq miles Currency- Euro Type of Government-  Parliamentary republic National Anthem-  Hymn to Liberty National Animal - Dolphin National Bird - Phoenix  Famous Places and Monuments: The Parthenon- The
2 comments
Read more

October 26, 2020
When my kids asked to learn about dinosaurs and mammoths this year, I happily agreed because prehistoric animals are a favorite topic of mine. We had studied dinosaurs in the past, but not in reference to where they fall in the geologic timeline, so I thought this would be the perfect opportunity to introduce this concept to them and to teach them a little bit about what came before and after the dinosaurs. Before the dinosaurs roamed the earth, there were other equally fascinating creatures that filled the seas and eventually life moved onto the land. The geologic era that came before the age of the dinosaurs was called the Paleozoic Era.   T his post focuses on the Paleozoic Era. Before we started our study of the geologic eras of the Phanerozoic Eon, we learned about fossils, you can find that post here . Posts about the Mesozoic Era (the age of the dinosaurs) and the Cenozoic Era (the age of mammals) are coming soon. The Paleozoic Era  The first era of geologic history we studied w
Post a Comment
Read more 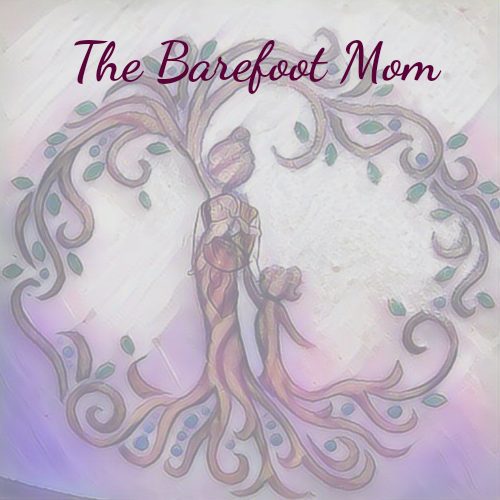